What is a Nuclear Sclerotic Cataract Cataract? 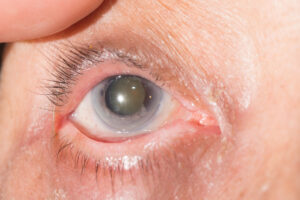 A nuclear sclerotic cataract is a type of cataract that develops in the nucleus, or central area, of the eye’s lens. The lens is a clear structure that helps focus light onto the retina, which is the light-sensitive layer of tissue at the back of the eye. A cataract is a clouding of the lens that can cause blurry vision.

This type of cataract can be treated with surgery to remove the cloudy lens and replace it with an artificial lens.

There are many potential causes of nuclear sclerotic cataracts, including:

-UV Exposure: Another common cause of nuclear sclerotic cataracts is exposure to ultraviolet (UV) light. Prolonged exposure to UV light can damage the proteins in the lens of the eye, leading to cloudiness and eventually cataracts.

-Diabetes: Diabetes is another leading cause of nuclear sclerotic cataracts. High levels of blood sugar can damage the proteins in the lens, leading to cloudiness and vision problems.

-Hypertension: High blood pressure can also cause nuclear sclerotic cataracts. This is because hypertension can damage the blood vessels in the eye, including those in the lens. This damage can cause the lens to become cloudy and lead to vision problems.

-Constant Pregnancy: Women who are constantly pregnant are also at a higher risk for developing nuclear sclerotic cataracts. This is due to the high levels of hormones in the body during pregnancy, which can damage the proteins in the lens.

-Certain Medications: Certain medications can also lead to nuclear sclerotic cataracts. These include corticosteroids, antipsychotics, and certain diuretics. If you take any of these medications, you should speak with your doctor about the risks of developing cataracts. 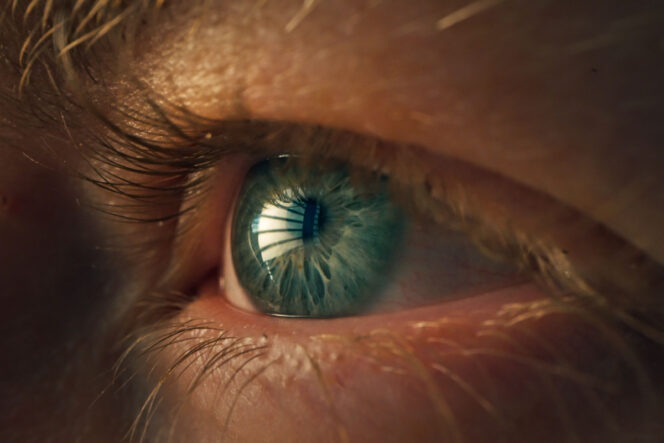 Some of these signs of nuclear sclerotic cataracts are:

Blurry vision is one of the most common symptoms of nuclear sclerotic cataracts. As the lens hardens, it becomes less transparent and light is unable to pass through as easily. This results in a decrease in vision quality and can make it difficult to see clearly.

Nuclear sclerotic cataracts can also make it difficult to see at night. This is because the hardening of the lens makes it more difficult for light to pass through. As a result, you may have trouble seeing when driving at night or in low-light conditions.

Nuclear sclerotic cataracts can also cause increased sensitivity to glare and bright lights. This is because the hardening of the lens makes it more difficult for light to pass through, resulting in a glare when looking at bright objects. You may also find that you need to squint more when outdoors or in bright conditions.

As nuclear sclerotic cataracts progress, you may also notice a change in color perception. This is because the hardening of the lens alters the way light is refracted, which can change the way colors are seen. For example, you may find that colors appear faded or that objects have a yellow tint.

These are some of the signs of nuclear sclerotic cataracts. If you have any of these symptoms, you should see an eye doctor for an evaluation.

If you are experiencing any of the common symptoms of nuclear sclerosis cataracts, it is important to see a doctor for a proper diagnosis. Your doctor will perform a thorough eye exam to determine if you have this condition. They may also order some tests, such as an ultrasound or a CT scan, to get a better understanding of the situation.

Different diagnosis methods can be used to confirm nuclear sclerosis cataracts. One method is called a pupillary light reflex test. This test uses light to check the pupil’s reaction. If the pupil constricts, it means that the cataract is present. Another method is an A-scan ultrasound. This test uses sound waves to create a picture of the eye. This can help to confirm the diagnosis and to determine the severity of the cataract.

You must visit a doctor as soon as you notice any changes in your vision. Early diagnosis and treatment are important to prevent the progression of this condition. If left untreated, nuclear sclerosis cataracts can cause complete blindness.

Once a diagnosis has been made, your doctor will discuss treatment options with you. In most cases, surgery is the best option for treating nuclear sclerosis cataracts. 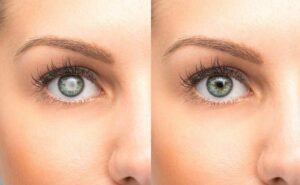 There are a few different ways to treat nuclear sclerotic cataracts, depending on the severity of the condition. In some cases, glasses or contact lenses may be all that is needed to correct vision. For more severe cases, surgery may be necessary to remove the cloudy lens and replace it with an artificial one.

During surgery, the surgeon will make a small incision in your eye and then remove the cloudy lens. Once the lens is removed, an artificial intraocular lens (IOL) will be inserted in its place. The IOL will help restore clear vision. After surgery, you will likely need to wear glasses or contact lenses for distance vision. However, many people find that their near vision improves after surgery as well. 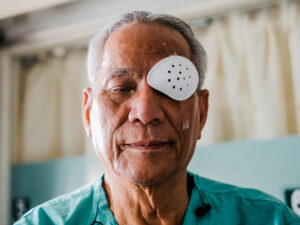 There is no sure way to prevent nuclear sclerotic cataracts, but you may be able to reduce your risk by doing the following:

Eating a diet rich in fruits, vegetables, and whole grains and low in saturated and trans fats may help reduce your risk of nuclear sclerotic cataracts.

Secondhand smoke is the smoke that comes from burning tobacco products, such as cigarettes, cigars, or pipes. It also is the smoke breathed out by a smoker. Long-term exposure to secondhand smoke is a risk factor for many health conditions, including nuclear sclerotic cataracts. If you don’t smoke tobacco, try to avoid being around others who do smoke.

A nuclear sclerotic cataract is a type of cataract that affects the central part of the lens. This condition is usually age-related, but it can also be caused by other factors such as diabetes or prolonged exposure to UV radiation. Nuclear sclerotic cataracts typically progress slowly and may not cause any symptoms in the early stages. However, as the condition progresses, patients may experience blurred vision, difficulty seeing at night, and increased sensitivity to glare. If you think you may have a nuclear sclerotic cataract, it’s important to see an eye doctor for a comprehensive eye exam.

Cataract surgery is a safe and painless procedure. At EyeMantra we have a team of experienced eye surgeons, who will be happy to answer any questions on cataract surgery, cataract surgery cost, cataract lens cost for different cataract surgery types- Phacoemulsification, MICS & Femto Laser Cataract. Call us at +91-9711116605 or email at [email protected] for inquiries.

Established in 2012, by Dr. Shweta Jain and Philanthropist Shri Krishan Kumar Jain, Eye mantra has been instrumental in changing standards of eye care in India.

Home
About Us
Contact Us
Locations
Career
Ophthalmologist Vacancy