If you’re considering surgery to correct your vision, you may have heard of cataract surgery. But what exactly is a cataract? A cataract is a condition that causes the lens of your eye to become cloudy or opaque. This can lead to blurry vision and eventually, blindness. There are several types of cataracts, each with its symptoms and treatment options. In this blog post, we will explore the different types of cataracts in detail so that you can make an informed decision about your treatment options. 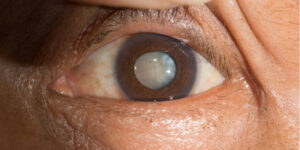 Cataracts are a clouding of the eye’s natural lens. This can cause blurry vision and make it more difficult to see at night. There are several types of cataracts, and they can be caused by age, disease, or injury. Surgery is the only way to remove cataracts and restore vision.

The development of cataracts is a natural part of the aging process. Most people will develop cataracts as they get older, and the risk increases with age. Cataracts are also more common in people with certain medical conditions, such as diabetes.

Cataract surgery is a safe and effective way to treat cataracts. During surgery, the cloudy lens is removed and replaced with an artificial lens. Surgery can be done on an outpatient basis, and most people can go home the same day. Recovery from surgery is usually quick, and most people experience significant improvement in their vision. Cataracts are usually classified according to where they form in the eye.

Nuclear Cataract: This type of cataract forms in the central zone (nucleus) of the eye’s lens. Detailed descriptions of these types of cataracts are as follows:

Age-related cataracts are not preventable, but they are treatable. Surgery is the only way to remove a cataract. During surgery, an ophthalmologist will make an incision in the eye and then use a special instrument to break up the cloudy lens and remove it. A new artificial lens will be inserted in its place. Surgery is usually successful in improving vision and can be performed on an outpatient basis.

Symptoms of pediatric cataracts include decreased vision, white or cloudy areas in the pupil, sensitivity to light, and squinting. If left untreated, cataracts can cause serious vision problems, including blindness.

Pediatric cataracts are treated with surgery to remove the cloudy lens and replace it with an artificial lens. Surgery is typically performed on an outpatient basis and takes less than an hour. After surgery, most children experience significant improvement in their vision.

The development of a posterior capsular cataract is gradual, and people with this type of cataract may not notice any changes in their vision at first. As the cloudiness gets worse, however, it can cause glare and difficulty seeing at night. In addition, it can make it difficult for a person to see to the sides (peripheral vision).

Posterior capsular cataracts are treated with surgery. During surgery, an instrument called a phacoemulsifier is used to break up the cloudy lens so that it can be removed from the eye. A new artificial lens is then put into place. 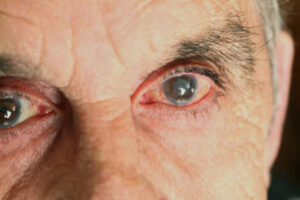 There are several types of cataracts, and each has its own set of symptoms and characteristics. Congenital cataracts are a type of cataract that is present at birth or develops in early childhood. These cataracts can be caused by genetic factors, infections, or trauma during pregnancy or delivery.

Symptoms of congenital cataracts include:
Blurry or fuzzy vision

These cataracts tend to grow slowly and initially have little effect on vision. But over time, they can cause the lens to become increasingly opaque, resulting in blurry vision and eventually blindness.

Nuclear cataracts are not reversible, but they can be treated with surgery. During surgery, the cloudy lens is removed and replaced with an artificial one.

Cortical cataracts are the most common type of age-related cataracts. They form when the protein fibers in the cortex (the back part) of the lens start to clump together. This makes the lens less flexible and causes it to become cloudy.

Cortical cataracts usually develop slowly and don’t usually affect vision until they are large. They can be diagnosed with a dilated eye exam.

Treatment for cortical cataracts usually involves surgery to remove the cloudy lens and replace it with an artificial one (intraocular lens, or IOL).

Cataract surgery is a safe and painless procedure. At EyeMantra we have a team of experienced eye surgeons, who will be happy to answer any questions on cataract surgery, cataract surgery cost, cataract lens cost for different cataract surgery types- Phacoemulsification, MICS & Femto Laser Cataract. Call us at +91-9711116605 or email at [email protected] for inquiries.

Established in 2012, by Dr. Shweta Jain and Philanthropist Shri Krishan Kumar Jain, Eye mantra has been instrumental in changing standards of eye care in India.

Home
About Us
Contact Us
Locations
Career
Ophthalmologist Vacancy